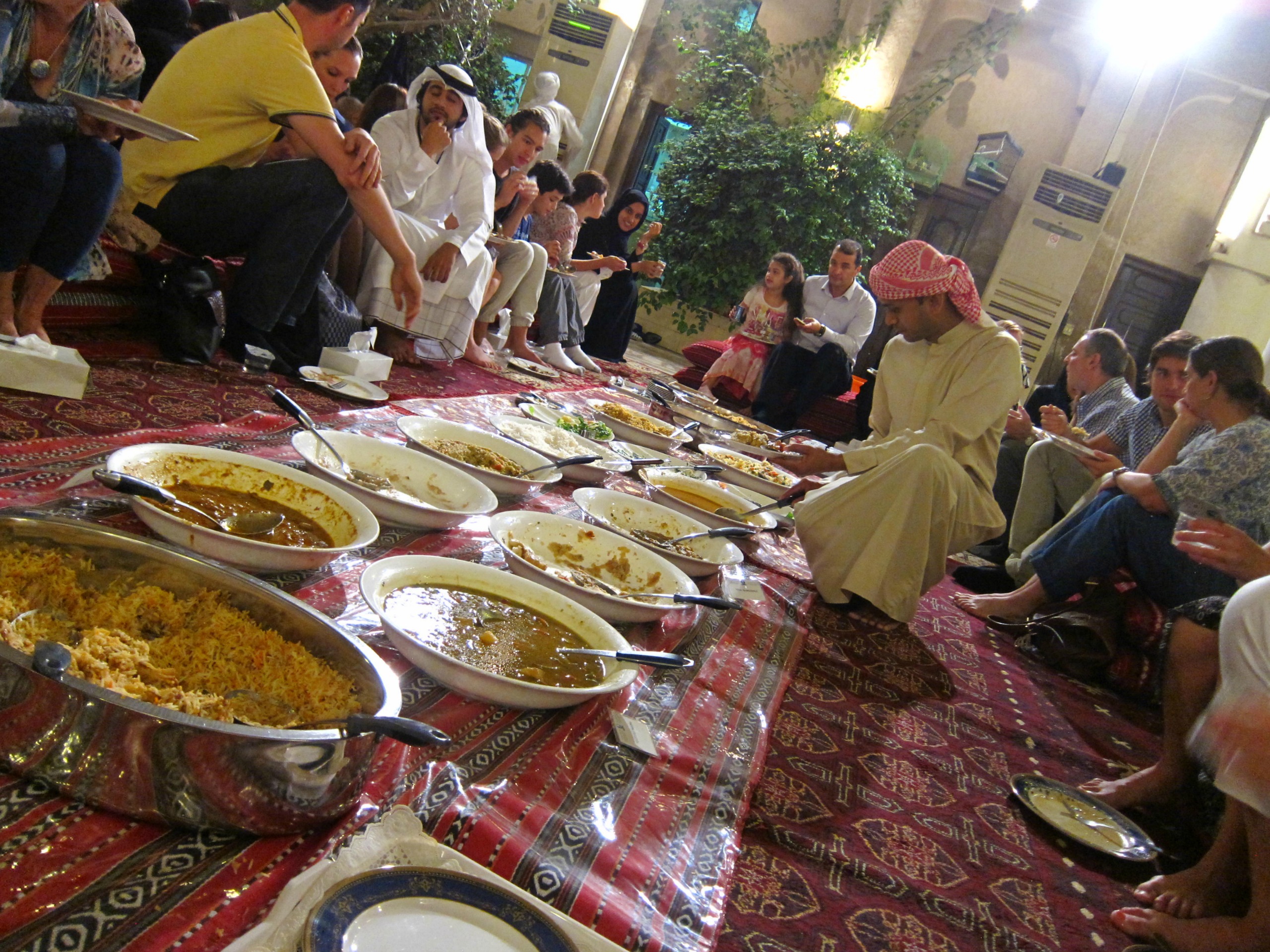 Having spent over 10 years in Dubai, I can say I’m a veteran at navigating Ramadan. It’s unlike anything else. For one, there’s a festive vibe in the air — most offices offer shorter working hours (even for those who are non-Muslim and not fasting), many people are away over this period, and business sort of slows down. But the quieter pace lends the city a unique charm.

And for a month that is essentially dedicated to fasting and spirituality… well, Ramadan seems to revolve around food quite a bit! The sunrise to sunset fast is ended with an iftar feast, which typically starts with dates and water, followed by a filling meal of multiple courses that then drifts into shisha, board games, and gossip to make for long, lingering evenings. The shared meals and sense of conviviality foster a true sense of community amongst everyone.

For expats such as me, the Ramadan experience is best summed up in two words: iftar buffet! Most, if not all, hotels lay out a lavish buffet spread of specialties from around the Arab region. From mezze items such as hummus and kibbeh (fried mincemeat croquettes), to lamb ouzi (a traditional Emirati dish of rice and meat slow-cooked together), and the classic bread and butter pudding-style dessert umm ali, visitors can sample traditional dishes that we may never otherwise taste.

Something I look forward to quite a lot are the iftar tents — many leading hotels pitch up large air-conditioned tents decorated with Arabic lanterns and other traditional motifs, where said buffets are served up amidst strains of traditional Oud music being played live. The atmosphere is magical.

Even restaurants that don’t offer Arabic cuisine trot out some sort of Ramadan offering, whether it’s a prix-fixe menu or giving an Arabian twist to some of their international dishes — yes, that includes French, Chinese, and Japanese restaurants!

But most importantly, this is one time of the year when this otherwise modern, cosmopolitan, expat-filled city takes on a distinctly Arabesque feel. There are also many charity initiatives undertaken during Ramadan, allowing everyone to get involved in giving back.

Add to it the fact that no one is allowed to eat or drink in public during this time, and that everyone generally tends to be a bit more covered up than usual, and I find Ramadan enforces a sort of empathy that I’ve come to quite enjoy. I even know people who aren’t required to fast but who voluntarily take it on themselves to try.

Far removed from the glittering, shopping-fuelled, partying lifestyle the city is known for, Ramadan allows for a different side of Dubai to be revealed from under its veil, even if only for a few weeks in the year.